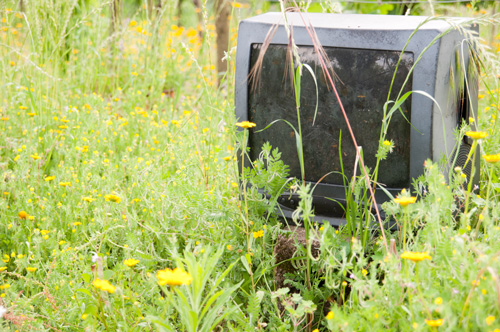 About Your Television-Whether you’ve already upgraded to the latest and greatest model or have decided to go off the grid, pawning or selling your old television is a great way to put some fast cash in your pocket. Here’s what your local pawnbroker will want to know about your TV.

When you’re in the market for a new television, the first thing you want to know is which brands deliver both a high-quality picture and will stand the test of time. Pawnbrokers are no different. That’s why brand is often the most important factor in determining the value of your TV. Televisions produced by top of the line manufacturers like Samsung, Sony, Panasonic, and LG will fetch the most money, while those made by Sharp and Vizio are a close second.

Generally speaking, people like their televisions the same way they like their steaks or lottery jackpots: the bigger the better. That’s because, no matter whether you’re watching the latest Hollywood blockbuster or playing Call of Duty, a big screen makes you feel like you’re a part of the action. While mid-size TV’s can get you a pretty penny at the pawn shop, anything over 42” will command top dollar.

We can admit it: one of the best things about getting a new piece of technology is playing around with all of the cool new features. So before you bring your TV down to the pawn shop, get familiar with its bells and whistles. For example:

-Is the television’s screen LED, LCD, or plasma?
-Is the TV able to display programming in 3D?
-Can it handle 4K resolution, the latest in Ultra High Definition technology?
-Is it a ‘Smart’ TV, meaning does it integrate with the internet, allowing its user to easily take advantage of a host of online services such as Netflix, Hulu, and Amazon?

Having this information handy will accentuate all of the great things your TV can do, meaning you’ll get the best possible offer.

Given rapid technological advancement, unlike jewelry or fine wine, televisions don’t tend to get better with age. So if you’re considering pawning your TV, it’s best to do it sooner rather than later: televisions less than two years old will be in the best position to get maximum cash.

Happy pawnbrokers make the best offers, and few things put a smile on a pawnbroker’s face like an item that’s complete. For TVs, that means including the original box, remote control, power cords, and HDMI cables. Also, while you may want to remove the TV’s stand or pedestal in order to transport it more easily, don’t forget to bring it along, as well. While pawn shops will accept TV’s without these items, they will certainly sweeten the deal if you do.

Want to watch your TV make you a bit richer? Head down to one of Common Exchange’s 8 B.C. locations today.

Pawn Shops of the Rich and Famous

How To Save Money on Video Game Consoles

How Do Pawn Loans Work?